Please follow me on Instagram: john.warrenCRE as I will likely start focusing on posting from Instagram from now on.  Thanks
Posted by Unknown at 12:08 PM 2 comments:

COFACTOR IS A NEXT-GENERATION GENOMICS COMPANY.

OUR CLIENTS ARE PROFESSIONALS THAT DEMAND RESULTS AS OPPOSED TO JUST DATA.

Our team of experts boasts decades of collective experience working in the Technology Development Group at the Genome Center at Washington University in St. Louis, Missouri. We work with some of the largest life-science, pharmaceutical, agriculture, and biofuels companies in the world. All of our clients benefit from the constant feedback process of “build, measure, learn” that is ingrained at Cofactor.
cortex link
COFACTOR'S adaptive reuse of a 1956, 10,000 square foot, mid-century flex office building was transformed by ARCTURIS and Musick Construction.


In planning Cofactor's new space, we wanted to have something cost effective with a very creative, high end result. We wanted a headquarters building that would stand out among our competition by emphasizing Cofactor’s unique brand and focus on customer service use this to attract great talent and interesting clients while engaging their current employees.

It was important to us to create an bright, inspiring, and fun atmosphere that supports our scientific work, while costing less than the company was paying to rent previous locations.

To accomplish this, our architect Arcturis came up with innovative solutions:

o   The existing building functioned as an office space and fabrication warehouse that did not allow natural light to penetrate the space.  Arcturis removed most of the building’s interior walls and strategically located glass to reduce the need for artificial light while maintaining a tight construction budget.

o   To help keep the project in budget as well as focus on local businesses, Cofactor and Arcturis used local artisans like Davlan Engineering, who fabricated furniture and signage for the space

o   Workspaces are configurable to meet changing workflow and allow for future large group seminars and training: desks are on casters and completely mobile; power for workstations is dropped from the ceiling on spooled wiring so that it can reach anywhere; a large, glass garage door can be opened to expand the space and let in even more light.

o   Arcturis and Cofactor Genomics worked together to add creative touches such as a breakout huddle space near the entry made up of repurposed ski gondolas.  A custom-designed chalkboard wall was created by a local artist to enhance the entry of the space. 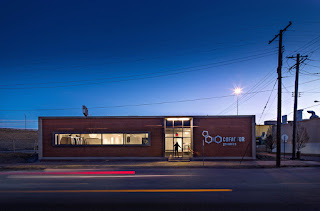 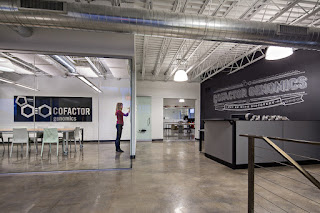 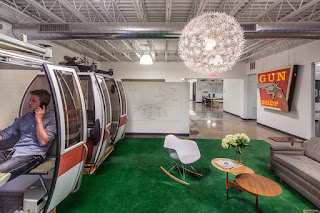 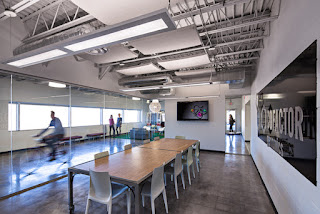 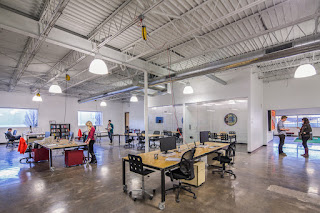 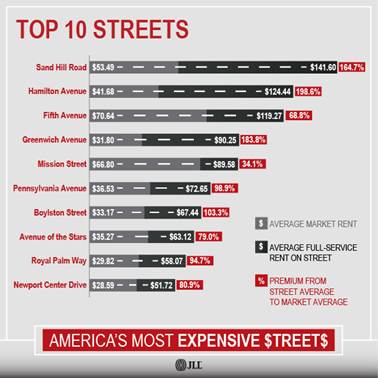 Sand Hill Road tops JLL’s 2015 list of America’s most expensive streets, where office tenants pay a 165% market premium for space on the Wall Street of the West. Which other addresses command a premium? JLL’s recent study looks at 40+ markets. See the list: www.us.jll.com/expensivestreets
Posted by Unknown at 11:33 AM 3 comments: 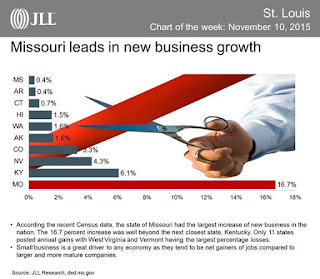 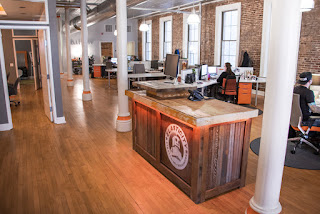 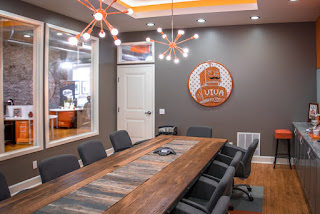 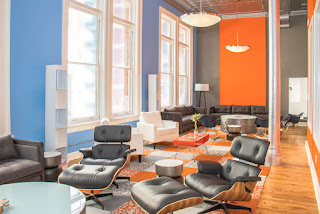 Their new location is located on Locust Street in Downtown St. Louis just west of 10th Street.
From Elasticity's website:


A workplace is more than just a collection of office furniture, some conference rooms, white boards and coffee pots. At its best, it should be a physical reflection of a company’s culture and a space that inspires its employees to do their best work. Elasticity’s new company headquarters, located in a historic building in downtown St. Louis, is just that.
As one of St. Louis’ fastest-growing independent agencies, Elasticity quickly outgrew its former offices, and owners/partners Brian Cross, Aaron Perlut and Andrew Barnett began considering options for new space. The owner of the Elasticity’s previous building, with whom they had a strong relationship, was considering purchasing and renovating another nearby historic downtown property that was once the home of the Kessler Fur & Hat Co. and, later, the Bride’s House bridal shop.
“I told him that, if he bought it, we were in,” says Cross, who looked at the dilapidated third and fourth floors of the building as a blank slate upon which to design the future of the agency. The building, built in 1886, was a complete gut job, which was a lengthy and daunting process; but which also allowed for total freedom of vision.
The third floor – Elasticity’s main office space – took six months to complete. Three months later, the fourth floor was completed; and just recently, a section of the second floor, now also occupied by Elasticity, has been renovated. The result is a perfect design marriage of old St. Louis history and fresh, modern appeal.
Link to Elasticity
Photography: Ryan Stiles
Ryan Stiles 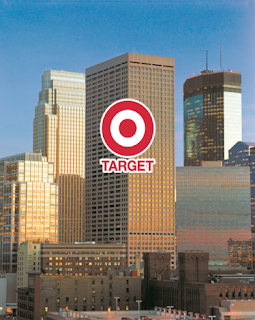 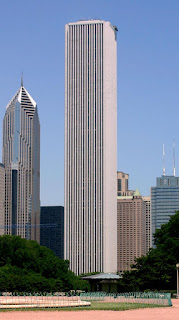 THE LURE OF DOWNTOWN
Kraft is the latest suburban company following the siren call of downtown Chicago, a trend that underscores the importance large corporations are placing on downtown real estate in recruiting and retaining younger employees.
Reluctance by young workers to commute from their city homes to suburban locales helped companies such as Sara Lee spinoff Hillshire Brands; United Airlines' parent company; Motorola Mobility, now owned by Lenovo Group; and in-flight wireless provider Gogo choose outright moves downtown. Others entrenched in the suburbs are opening smaller offices, allowing some employees to spend part or all of their workweek in the city.
article

A funny thing is happening in downtown markets where empty and obsolete office buildings are being converted into apartments. Companies that wouldn't consider a downtown location back when the space was available are coming back, drawn by the large number of millennial workers who favor a funky downtown address. While office-to-residential conversion has long been popular in revitalizing the downtowns of populous East Coast CBDs, recent proposals by developers to convert older, underutilized office buildings to multifamily housing in such markets as Kansas City, St. Louis, Milwaukee, and Cleveland show that the trend is rapidly expanding into other markets.

Many former office buildings have already been converted to residential buildings in Downtown St. Louis including: the former General American Insurance Building on Locust, The Marquette Building on Olive, The Paul Brown Building, The Laurel, 515 Olive (partially).  A few more are underway including: the Chemical Building, 720 Olive (partially), 1509 Washington, and the Arcade.  It's possible others will be down the road such as 1706 Washington, the former CPI building, Railway Exchange (perhaps partially) and the LaSalle Buliding. 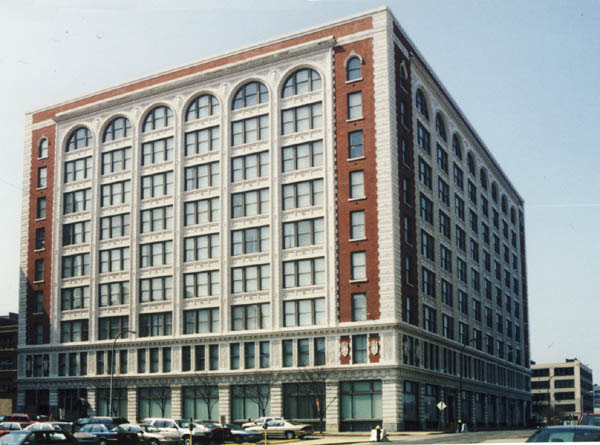 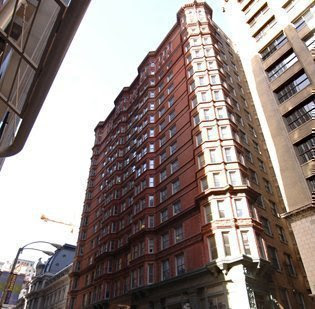